Netflix just debuted Young, Famous and African, and it’s kind of a big deal! For the first time ever, Africa’s top entertainment, music and media stars are sharing their day-to-day lives on the small screen for the rest of the world to see. The show paints Africa in a new light on an international stage, one that showcases the cultural richness, talent, personality and undeniable style from around the continent, all in one place. “Excited” is an understatement! Keep reading to get to know the cast and their storylines!

Khanyi has often been misunderstood as a gold digger with an appetite for wealthy bad boys. In the first episode, we discover a nurturing side to her as she hosts a warm welcome party for the entire cast, South African style. But don’t get it twisted, this diva has no problem speaking her mind wherever and whenever necessary!

Diamond is a Tanzanian sensation. He is brought to South Africa to co-parent his two children with ex Zari Hassan, who will be making an appearance of her own later on in the show. Needless to say, Diamond is a self-proclaimed Player whose eyes are already set on his next catch, Nadia.

Nadia brings the realness to this season! A first generation South African with Zimbabwean heritage, she is one of the very few female rappers on the continent. In the first episode she dished on being in a relationship of sorts with American rapper Vic Mensah, who has Ghanaian roots.

Jeremiah Ogbodo, better known as Swanky Jerry, is the iconic Nigerian stylist with a star studded track record and a wardrobe that could kill. He loves a good time and landed in South Africa with good friend Annie to stir up some fun while also on their grind!

Television and film actress on the Nollywood scene for 30 + years, Annie is no stranger to the camera. She is also the wife of 2Face, also known as Innocent ‘2Baba’ Idibia, who is set to appear later on this season. Together they have two daughters and reside in Nigeria. Often in the shadow of her husband, Annie is here for Annie! She’s come to expand her empire and let her name be known!

Andile is the South African TV personality and producer from Ethiopia! In episode one he reveals that although single, he is a father to two kids. He and Annie seem to make a close connection over disagreements with Khanyi.

The DJ hailing from South Africa, Quinton Masina is a successful entrepreneur. He and athlete Kayleigh Schwark share a romantic relationship that is currently on the rocks. Between Naked, Andile and Diamond, the three seem to have created a bond already.

Kayleigh is a semi-professional soccer player. Naked and Kayleigh have only been dating for about 1 year and a half yet she’s already frustrated with him over more things than one. This season, she really confides in the other girls to help her find a way through.

Stay tuned for more on ‘Young, Famous and African’!

What are you thoughts on the show and the cast so far? 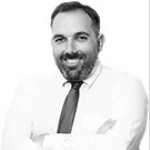